Firebird is a four song album composed by the musician Cullah built on the decentralized Cardano blockchain.

We believe the future of music is open-source, collaborative, and decentralized.

We believe in a future where musicians can create together freely and openly while protecting their rights of ownership and ways to monetize their work.

That is why we’re building an dApp where Cullah & any artist/musician can interact with their works and recordings in an open and collaborative way.

For each song on Firebird, a certain number of stems will minted as NFTs.

Each of these NFTs will contain the .wav file as well as a license to reuse, remix or create a derivative work.

For each song on Firebird, the stems can be dropped into an application to be mixed together and minted as combinations.

Alongside the combinations, you can include your own recordings or effects into the mint.

Those who make derivative works (eg: remix, cover) of the songs can submit their work to be part of the official policy. 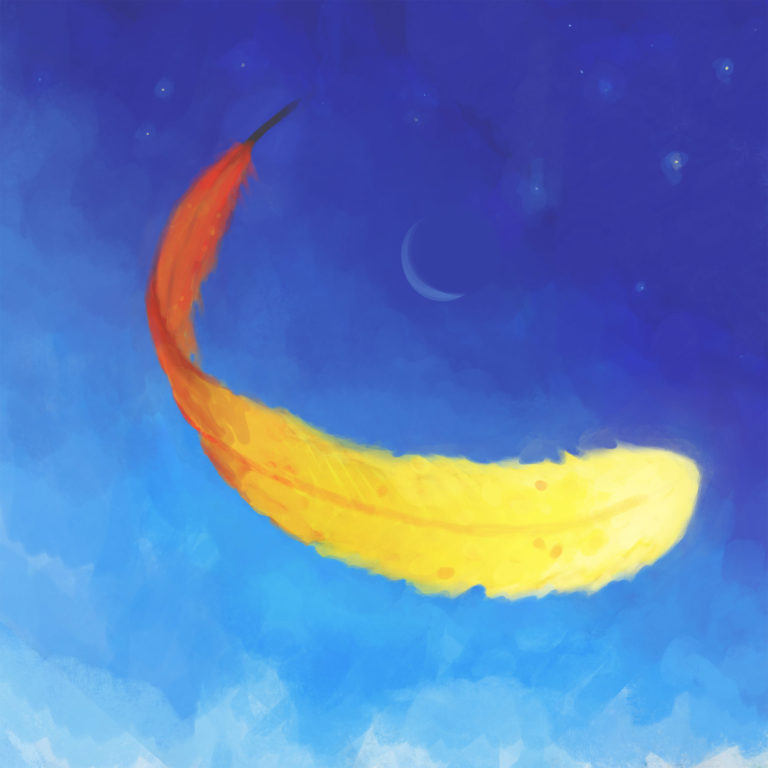 The Feathers are magic and remain undimmed, but show rainbow colors only to those who love beauty and seek to make beauty for others.

If you find or catch a feather, you’ll see that glows in the night. Take it to a dark room and see it illuminate the room completely. 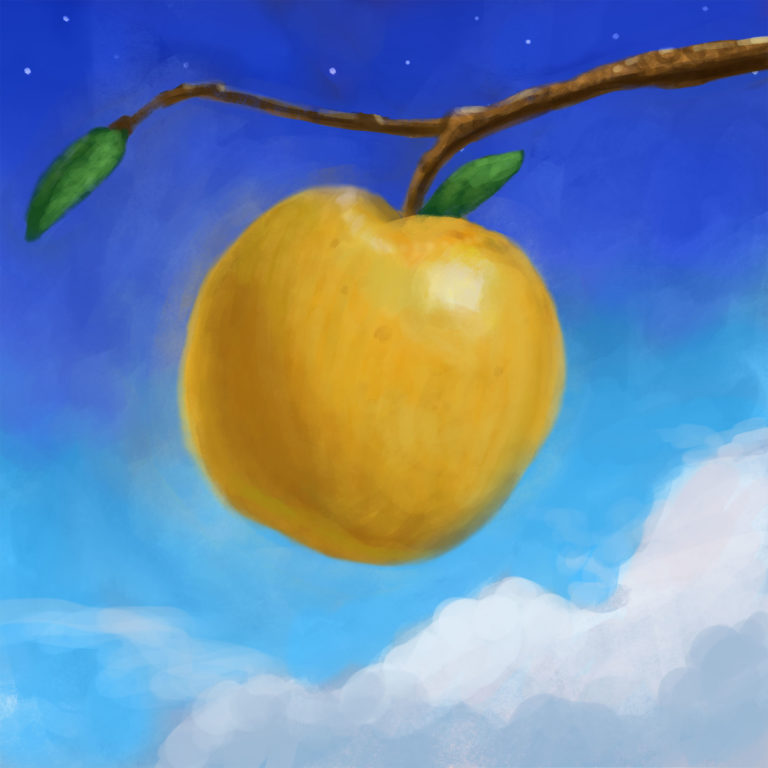 The Golden Apples are in the King’s orchard. They give youth and strength to all who eat them.

At night, a firebird is known to swoop down and eat all the King’s golden apples. 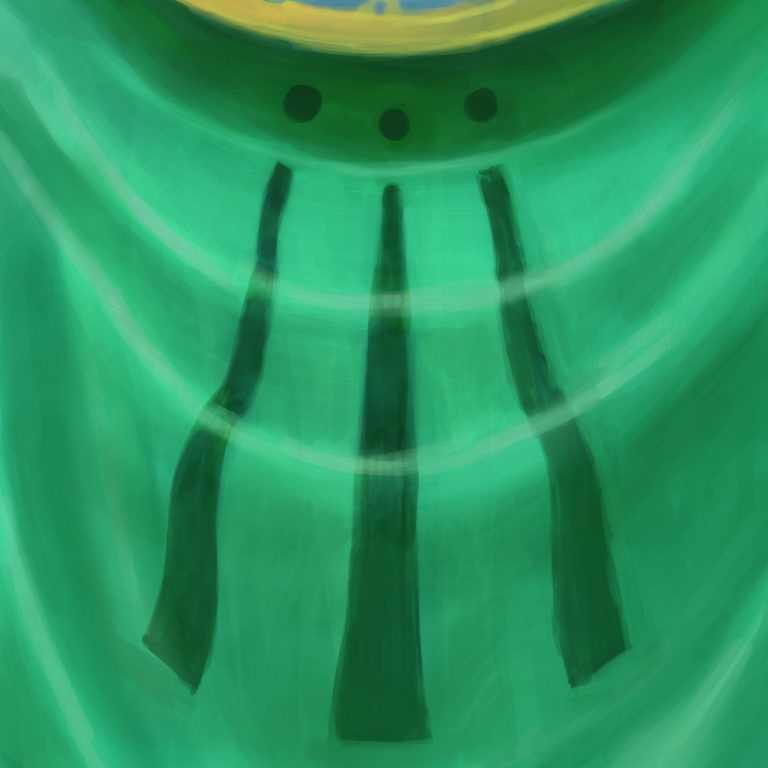 In the beginning was darkness, chaos, and water.

Then, The Anima came forth as breath, soul, spirit and vital force. As it came, humans awoke and became aware. They saw the universe become created before our very eyes.

The Anima is the inspirational muse of noblepersons and creative artists in general. 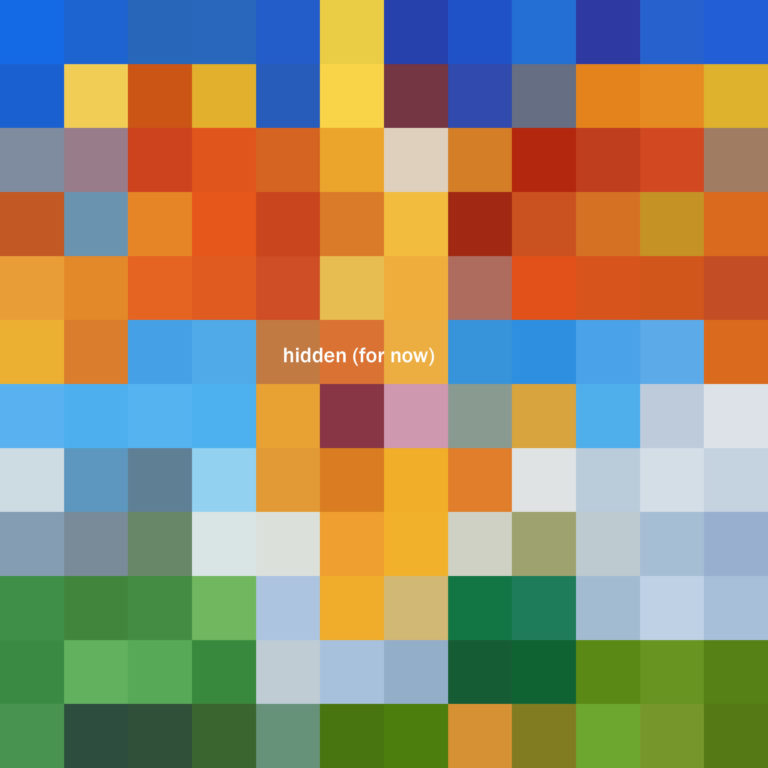 The King is the fullness filled by The Anima. He is a magician, a warrior, and a lover.

He lives in a great palace with a garden of Golden Apples. The King has the strength and magic to capture a Firebird. But, if he is not careful, he may be destroyed by the power it brings him. 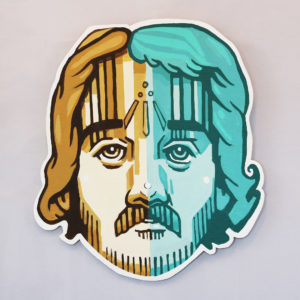 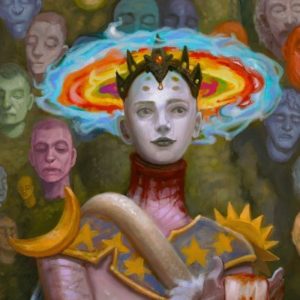 Mint the song’s stems for Wave 1:

Mint the song’s stems for Wave 2:

We are actively exploring future development that will be announced at a later date. These could include: 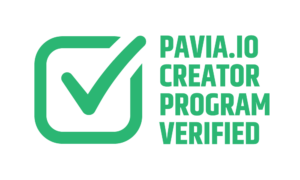 What does 'stem' mean?

In the music industry, stems are the isolated individual mixer tracks of a song.

In the image below you can see three stems: vocals, synth and bass.

How is this open source?

This project is inspired by the legacy of the open source software movement.

Although music doesn’t necessarily have a “source code” like software does, they both have intellectual property rights. Most contemporary music also has stems of songs when recorded and/or mixed in a multitrack mixer.

This project is opening up not only the stems to the world to create in combinations, but it also is opening up the rights by issuing an open license (contained in the NFT) to the token-holders.

The specifics of the license will be announced before Phase 1.

How many total will be minted?

In Wave 1, there will be a number of copies of the 9 stems minted. The exact numbers and rarities will be announced at a later date.

What can I do with a stem?

When you possess the NFT of the stem, you will also be possessing:

You will be able to combine your stems in our Stem Mixer application launching in Phase 2.

What perks do I get for holding?

Firebird is the genesis NFT project of Cullah. Every NFT in the project will be considered as OG and be given priority access to all future Cullah endeavors IRL and in the metaverse.

Cullah is a multi-genre artist from Milwaukee, Wisconsin who has been releasing open-source music every year since he was 15. Recently, he released his fifteenth album is titled ½ to commemorate releasing music for half his life.

Cullah is inspired by his gypsy-raised musician grandfather who formed the largest family band in American history, The Wolff Family Band, made of of 17 children. The music Cullah makes is described as “multi-genre”. Each song is a different experience ranging from folk, electronic, rnb, rock, and funk.

Cullah has landed over 10,000 sync placements in YouTube, TV, movies, video games, and most recently handpicked by Jason Statham for Expendables 4.

Find out more at his EPK

Cardano is the most advanced, secure, and decentralized blockchain. To find out more about how it works, watch this video by Charles Hoskinson (founder).

Absolutely. The act of collaboration is sacred.

Join our Discord and let the community know your thoughts.